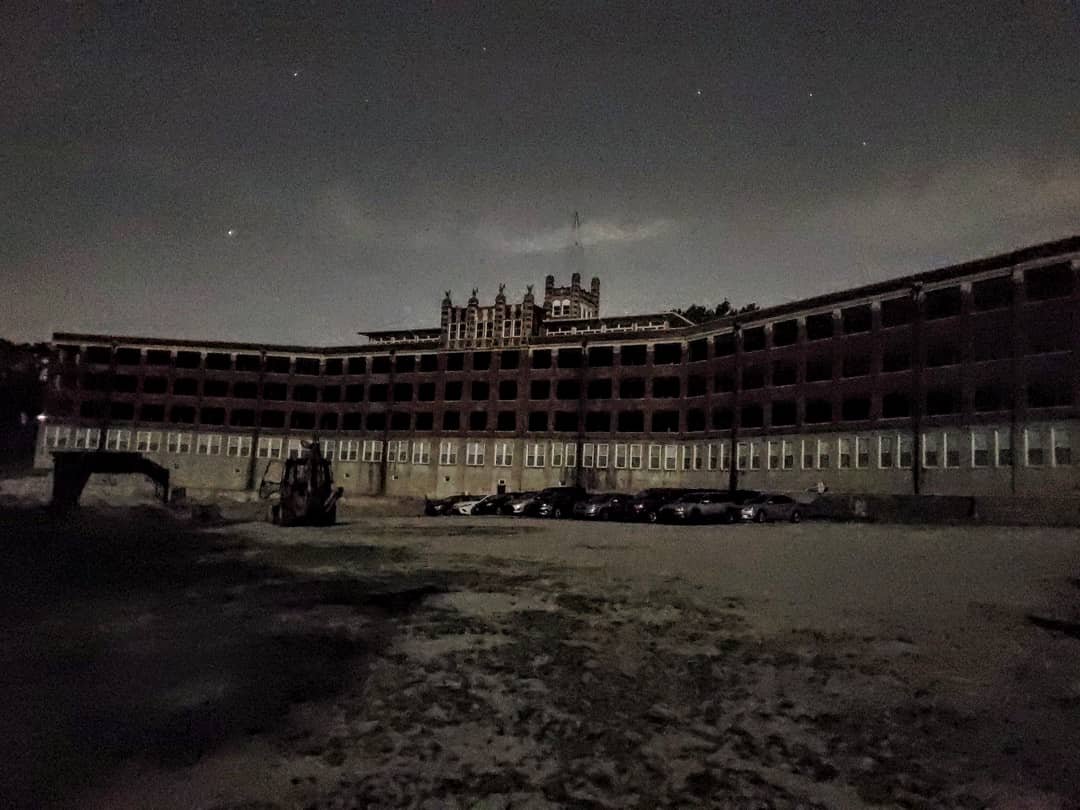 Sometime last year, I was scrolling through Facebook and came across this video that someone had shared. It was about The Waverly Hills Sanatorium in Louisville, Kentucky and how it was one of the most haunted places in the world. I had never heard of this place, but it was only four hours away from home, so I decided to check it out. Ever since I watched that video, I became intrigued and needed to go visit! A year later, I finally made that trip.

Waverly Hills Sanatorium was first opened in 1910 to take care of patients diagnosed with tuberculosis. There was a huge epidemic during this era for TB, so they figured the hospital was mandatory for treatments. Some of these treatments included: fresh air (hence the openness on the top two floors), heat lamps, and experimental surgeries. In one of the experiments, they would remove the patients ribs to let the lungs expand. They believed this would help cure TB since the lungs were enlarged. Another experiment was pumping air into the lungs. Granted, none of these experiments worked and left the patients in excruciating pain. They had a ward for men, women, and children by 1914, so there was a mixture of sick patients of all ages. Although, when Waverly Hills first opened, they only had about 50 patients. In those four years, Waverly had more than doubled their occupancy. They expanded the building again from two stories to five in 1926 and held over 400 patients at this time. Years later, streptomycin (an antibiotic) was introduced and the need for a huge hospital was not needed anymore. That’s when Waverly Hills closed their doors in the 1960’s. The building reopened shortly after as a nursing home for older patients that were severely mentally ill. It’s said that there were numerous reports of neglect during this time and that’s where most of today’s paranormal activity comes from at Waverly.

There are a few reports that go back to when the building was a sanatorium for TB patients though. One of the stories are about room 502 where a nurse hung herself because of an unwanted pregnancy by one of the workers there. A few years later, another nurse who was working in room 502 committed suicide. A second story is about a child named Timmy. It’s said his spirit cannot move on and he continues to play at Waverly with guests who bring a toy ball with them. Some even have said they got hit with a ball while visiting. Another chilling story is about a presence called “The Creeper.” It’s said he crawls along the walls and floors, but that this is a darker entity than the rest at Waverly. Some believe it’s a demonic spirit.

My friend Veronica and I got the chance to do an overnight tour last weekend for six hours from midnight to 6 A.M. It was a group of about 50 of us and then they split us up into two or three smaller groups at a time to explore each floor. It was reaaaaallly dark inside (obviously it’s night time) and we weren’t allowed to use lights or flash a lot of the time so we didn’t ruin the experience for other investigators. It was kind of challenging finding our way in the dark and trying to figure out if other people on the tour were real or not. There were at least two incidents we both cannot explain, but know for a fact we saw something. One occurrence happened in the stairwell and the other on the fourth or fifth floor. When we were in the stairwell, something glided over us so quickly. It was like a bright orb and we both looked at each other like, “Did you see that???” There was NOBODY near us neither at this time. It was strange and something we definitely cannot explain, but we BOTH saw it at the same time. Another time was when we were by the opened part of the building where the TB patients would get fresh air and try to relax. We saw a figure walking in the distance near the openness, but it was really short like a child. It was weird because we never saw it again and there were no children allowed on the investigation. We were also able to witness our tour guide talk to one of the nurses that committed suicide in room 502. He would repeatedly ask her to turn the flash light on and off when communicating with her and she would do it. At first we thought it was a joke, but it clearly wasn’t.

I think one of the most creepiest part of this building is the death chute (or body chute). It’s over 150 steps inclined at about a 45 degree angle. Going down the chute would be fine, but coming back up is difficult. The last thing we wanted to do was be stuck at the bottom of a death chute where hundreds of people died! No one in our group made it down all the way, but there was an eerie feeling even just from the entrance. It was kind of spine-chilling.

All in all, the experience was awesome. I would love to go back on a private investigation where there are only 10 people in the building compared to 50. Some people take the tour serious, while others just go “for something to do.” If you’re into paranormal shit, then this is up your alley and I would recommend checking this out! Honestly, Waverly Hills is the BEST part of Louisville.