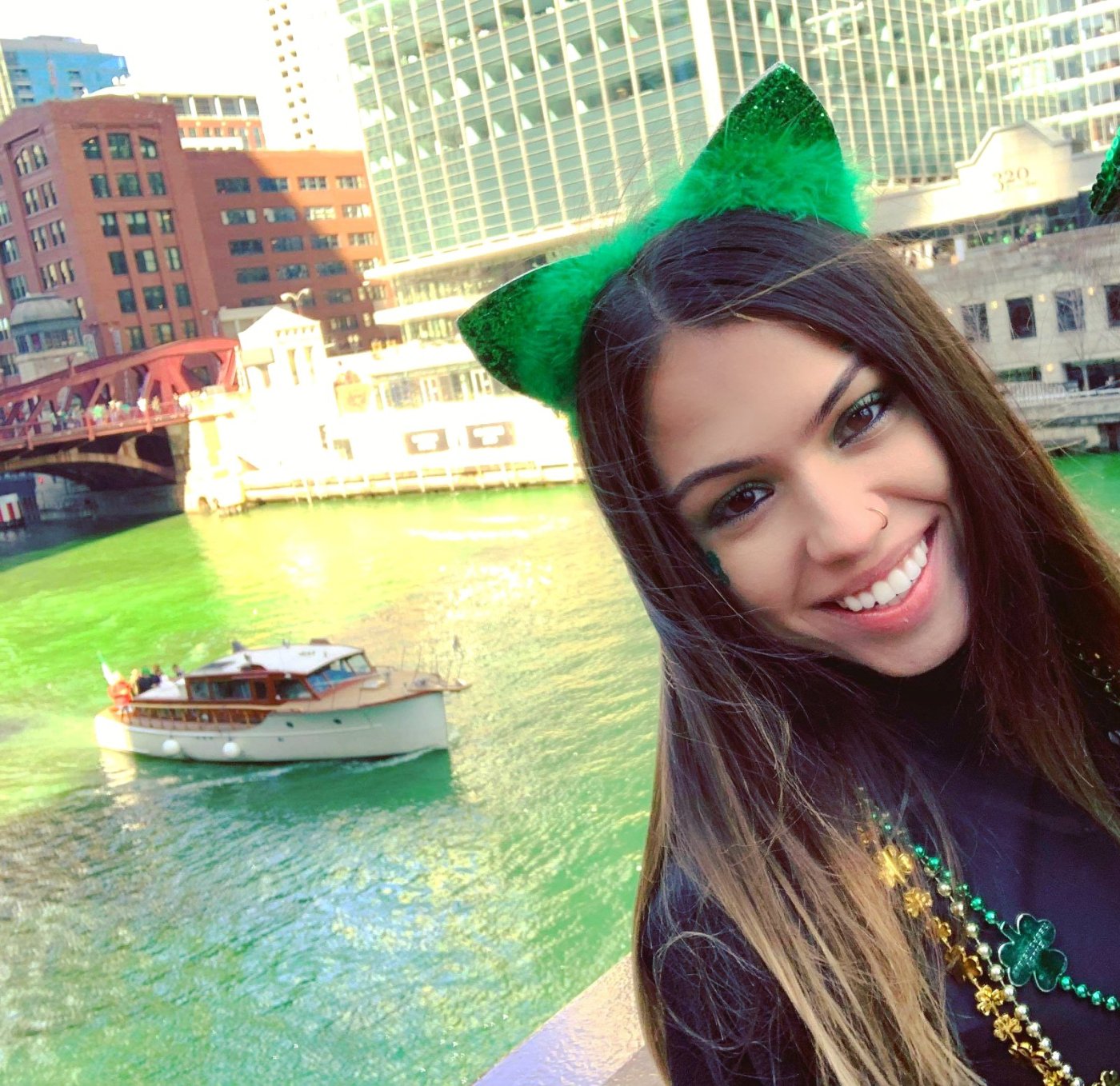 St. Patrick’s Day Weekend in Chicago is one of their biggest events they hold every year!

I’ve been attending for the last several years (literally) and it’s always been a blast each time! Every neighborhood downtown has their own bar crawl, there’s a huge parade in The Loop, and most importantly, the dyeing of the Chicago River.

Chicago is known for dyeing their river green each year and thousand of people come out of hibernation to go see it! Luckily, it was a little warmer this time thanks to the sunlight! I would definitely recommend checking it out if you’re ever in town for St. Patrick’s Day. It’s nice to see in person compared to the photos. I believe they dye the river at 9 a.m and it stays green for about five hours or so. 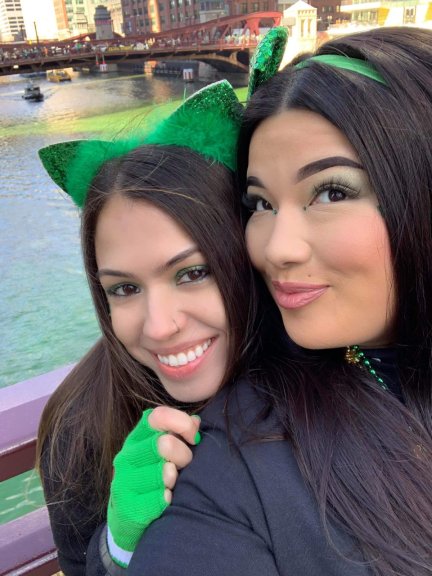 Since this is such a huge event, every place is jammed packed with lines out the door! It’s honestly really crazy at the bars because some of the bar crawls start at 8 A.M, so many people are black out drunk before noon. It’s even crazier near Wrigleyville, so we steered clear of that direction! Wrigleyville used to be fun when I was younger and had intentions of getting drunk and blacking out, but I’ve stayed in River North the last three years. It’s still a wild time, but not out of control like Wrigley.😉

All in all, St. Patrick’s in Chicago is a MUST! Especially if you’re into partying and the whole social scenes! There’s no better way to spend the weekend other than with good company and green beers! Chicago will not let you down if you ever decide to join the party!💚

P.S – I even added some St. Patrick’s Day photos of Salem! 🍀 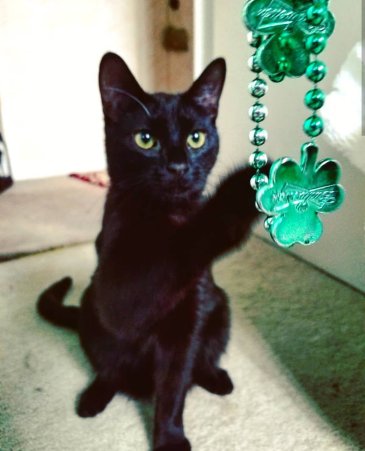 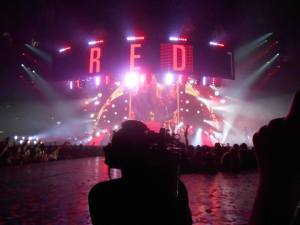 He said, “Look at you, worrying too much about things you can’t change.You’ll spend your whole life singing the blues if you keep thinking that way.” – T.Swift

“Perhaps self-love is the thing that matters most in this world; you can escape this town & this city, but you can’t escape yourself.” -s.r.w

“The ocean does not apologize for its depth & the mountains do not seek forgiveness for the space they take & so, neither shall I.” -Becca Lee

Thinkin' bout the girl in all leopard. 💭 🐆
Sorry, the number you have reached is not in service at this time. Please check the number or try your call again. 📞
Bermuda in one word: Secluded 😍
Unforgettable. 💋
Sunset in paradise 🌅
Mom's & I before we got burnt, AGAIN! 😩🆘️
The view from our hotel room ⛵🌴 🇧🇲
Horseshoe Bay is known for its crystal blue water 🌊 & pink sand 💗
Bermuda's True Hidden Treasures! 💎 The caves are over 30 million years old with crystal clear water. Mark Twain also visited back in 1908 and said, "It's the most beautiful cave in the world."
Bermuda sunrises & sunsets at Newstead Belmont Hills !🌞